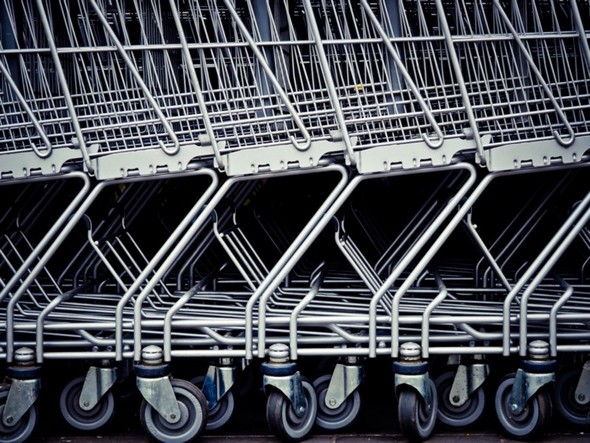 A while ago, Victor Savkin tweeted about a subtle bug that occurs through the misuse of switchMap in NgRx effects in Angular applications:

Every single Angular app I've looked at has a lot of bugs due to an incorrectly used switchMap. It's the biggest source of RxJS-related issues. #angular

So what’s the bug?

Let’s use a shopping cart as an example and have a look at an effect — and an epic — that misuses switchMap and then consider some alternative operators.

And here’s its equivalent redux-observable epic:

Our shopping cart lists the items the user intends to purchase and against each item is a button that removes the item from the cart. Clicking the button dispatches a RemoveFromCart action to the effect/epic which communicates with the application’s backend and sees the item removed from the cart.

Most of the time, this will function as intended. However, the use of switchMap has introduced a race condition.

If the user clicks the remove buttons for several items in the cart, what happens depends upon how rapidly the buttons are clicked.

If a remove button is clicked when the effect/epic is communicating with the backend — that is, when a removal is pending — the use of switchMap will see the pending removal aborted.

So, depending upon how rapidly the buttons are clicked, the application might:

Clearly, this is a bug.

It’s unfortunate that switchMap is often suggested as the first choice when a flattening operator is required, as it’s not safe for all scenarios.

RxJS has four flattening operators to choose from:

Let’s have a look at these operators to see how they differ and to determine the shopping-cart scenarios for which each operator is best suited.

If switchMap is replaced with mergeMap, the effect/epic will concurrently handle each dispatched action. That is, pending removals will not be aborted; the backend requests will occur concurrently and, when fulfilled, the response actions will be dispatched.

With our cart, the ordering of the removals doesn’t matter, so using mergeMap instead of switchMap fixes the bug.

The order in which items are removed from the cart might not matter, but there are often actions for which the ordering is important.

With actions for which the ordering is important, concatMap should be used. concatMap is the equivalent of using mergeMap with a concurrency of one. That is, an effect/epic using concatMap will be processing only one backend request at a time — and actions are queued in the order in which they are dispatched.

concatMap is a safe, conservative choice. If you are unsure of which flattening operator to use in an effect/epic, use concatMap.

The use of switchMap will see pending backend requests aborted whenever an action of the same type is dispatched. That makes switchMap unsafe for create, update and delete actions. However, it can also introduce bugs for read actions.

Whether or not switchMap is appropriate for a particular read action depends upon whether or not the backend response is still required after another action of the same type is dispatched. Let’s look at an action with which the use of switchMap would introduce a bug.

As with the RemoveFromCart action, using mergeMap would fix the bug.

switchMap should only be used in effects/epics for read actions and only when the backend response is not required after another action of the same type is dispatched.

Let’s look at a scenario in which switchMap would be useful.

If our application’s cart shows the total cost of the items plus the shipping, each change to the cart’s content would see a GetCartTotal action dispatched. Using switchMap for the effect/epic that handles the GetCartTotal action would be entirely appropriate.

exhaustMap is perhaps the least-well-known of the flattening operators, but it’s easily explained: it can be thought of as the opposite of switchMap.

Let’s look at a scenario in which exhaustMap could be used.

If the effect/epic that handles the refreshing of the cart instead used exhaustMap, a pending refresh request would see the incessant clicks ignored.

To summarise, when you need to use a flattening operator in an effect/epic you should:

The rule recognises NgRx effects and redux-observable epics, determines their action types and then searches for particular verbs within the action types (e.g. add, update, remove, etc.). It has some sensible defaults and can be configured if the defaults are too general.

After enabling the rule and running TSLint over some applications I wrote last year, I found more than a few effects that used switchMap in an unsafe manner. So thanks for your tweet, Victor.